The Waco Friends of Peace/Climate had a contingent of three at the protest of Trump at his rally on Oct 17th at the American Airline Center in Dallas.  The FOP members joined about fifty protesters from Dallas. Given Trump's 45+ actions destructive to the climate, how could we not join this protest?

It was a high-spirited protest, with constant chants and yells. There was frequent interaction with poorly informed Trumpians wearing red 'MAGA' caps. Most troubling was the large number of young Trump supporters there. The Trumpians shouted out zealous climate denial memes and sometimes cursed us. It felt great to be there, joining others, opposing the EVIL that is Donald Trump.

The action was peaceful except for the person who tore and destroyed Emily's sign. Many thanks to Travis and Emily for speaking truth to power with great courage and conviction.

One block away was an intense group of about 200 Kurdish protestors, furious at Trump'slatest foreign policy blunder. 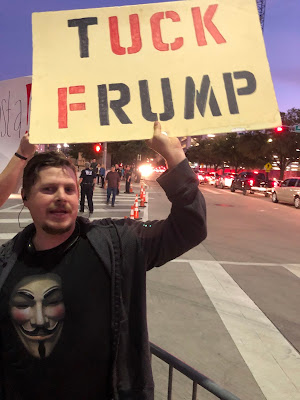 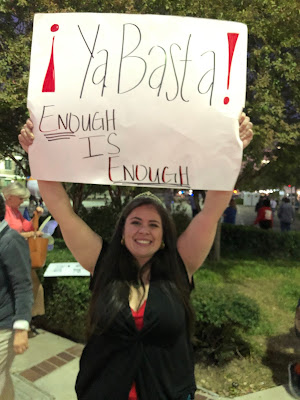 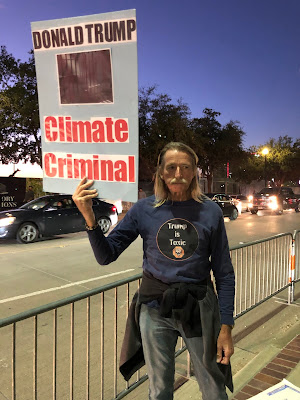 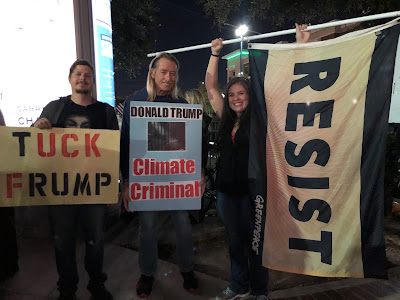