This website can now be reached entering the following URL: www.friendsoftheclimate.org. Free "climate crisis is here" yard signs may be obtained by emailing anorthc@aol.com. The 6th Annual Climate Crisis Art Exhibit is calling all artists now
May 12, 2019 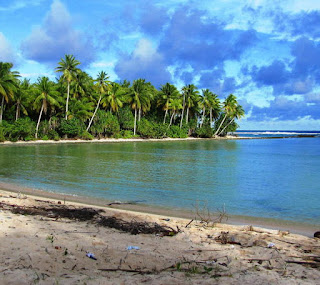 6 PM: Pasta/Vegetarian Pizza & Salad Buffet followed by business, film & discussion
Runtime: 77 minutes
The documentary for the month is Anote's Ark, an outstanding film concerning the submerging of the island nation of Kiribati and the efforts of its President, Anote Tong, to protect his people.  The film is the winner of multiple awards, including  a Rotten Tomatoes rating of 100% --  an  almost unheard of score.
Nominated for the Grand Jury Prize, World Cinema – Documentary at Sundance 2018
Note:  At the April regular meeting attendees voted on changing the meeting date because of conflicts with the City Council business sessions on the 3rd Tuesdays.  A Monday meeting was favored by almost everyone in the room.  As it turns out the 4th Monday of the month IS available.  Thus for May we will hold our meeting on a trial basis.  And we apologize to anyone with a conflict, but we had to base a change on those members who expressed a preference on April 16.
To subscribe to FOP/Climate email list: anorthc@aol.com