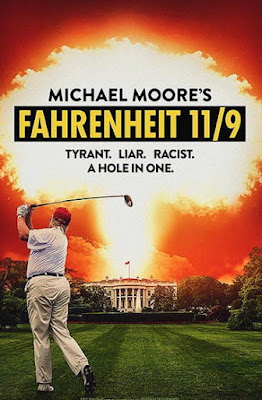 Fahrenheit 11/9, the latest documentary film by Michael Moore, focuses on the 2016 presidential election and the resulting presidency of Donald Trump, as well as such topics as the Flint, Michigan, water crisis and the Stoneman Douglas High School shooting in 2018.  The film features Moore’s usual masterful blend of insightfulness and humor and is both educational and inspirational.