This website can now be reached entering the following URL: www.friendsoftheclimate.org
July 11, 2018 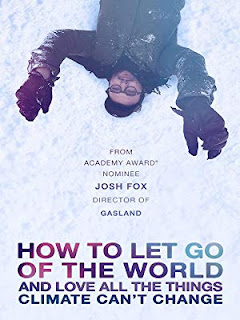 This film is a powerful & visually stunning documentary by academy award nominated director Josh Fox.  It follows his acclaimed Gasland documentaries.  Fox travels to twelve different countries and covers the dire impact of climate change in each of them.  The film acknowledges that it may be too late to stop some of the worst consequences and asks, what is it that climate change can’t destroy? What is so deep within us that no calamity can take it away?