This website can now be reached entering the following URL: www.friendsoftheclimate.org
June 15, 2018

REP. FLORES ADDRESSED BY THE PEOPLE JUNE 11, AFTER 1 ½ YEARS IN HIDING

The action was kept secret — even the media was not aware beforehand.  The swearing-in event was held on the steps of the county courthouse.  The protestors — six FOP members with a large banner and signs —  assembled on the sidewalk about 30 feet away.

The protest addressed the following issues:

The Republicans attending the event seemed surprised and disturbed, although several came and shook our hands afterwards.

Our protest reached our goals, again demonstrating the power of a small group of dedicated citizens.

FOP/C thanks Cassie Smith of the Trib for covering this action. 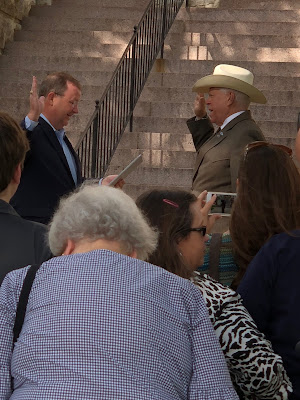 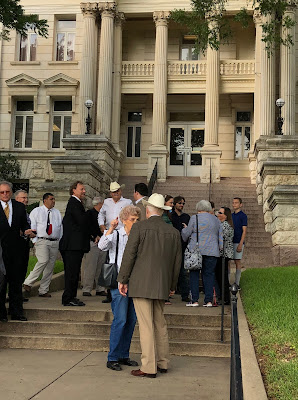 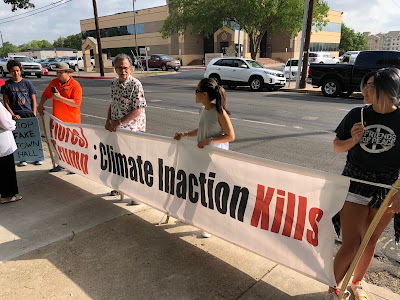 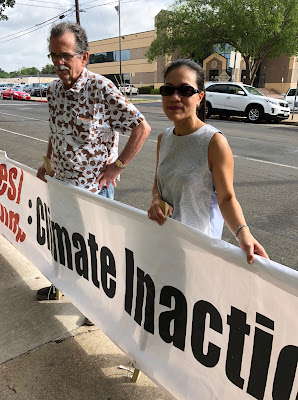 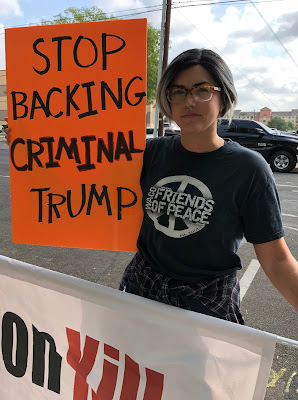 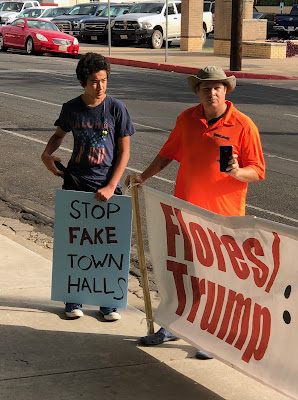 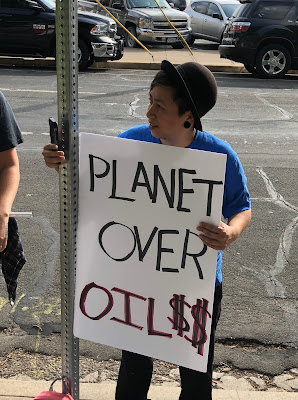