Waco Friends of Peace/Climate joined Sierra Club, Environment Texas, & others in this action, which took place at the Embassy Suites by Hilton on Clayton Lane in Austin on Tuesday, February 6th.   About 20-25 activists rallied outside the hotel with short statements of the issues by leaders.   We then marched into the meeting room, signed a log, and left our written statements.  They would not allow signs inside the meeting room.

The Bureau of Ocean Energy Management (BOEM) is about leases for exploration & new reserves. Basically, the BOEM officials seemed to have little knowledge of climate science and greenhouse gas emissions.  Nobody used the words ‘climate change.’  We explained that with our C02 budget of 565 gigatons, we can only safely burn 20% of known reserves and none of newly discovered deposits.


This face-to-face discussion with BOEM staff members at the public meeting was powerful. They learned about the C02 budget & why we can not burn any new oil that is discovered—thus more exploration is senseless. This data seemed to be new to them!  That fact is frightening. We know our oral comments were heard; we have no certainty the written comments were read.
Many thanks to our members Ana & Serena, who braved intense cold and rainy skies to speak truth to power. 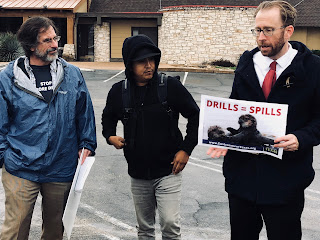 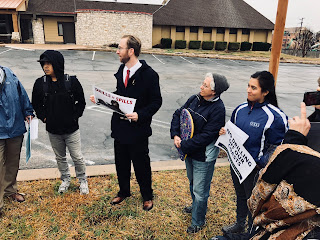 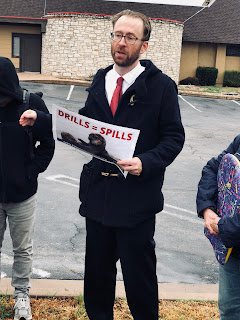 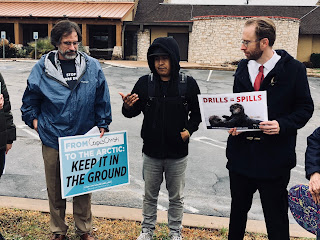 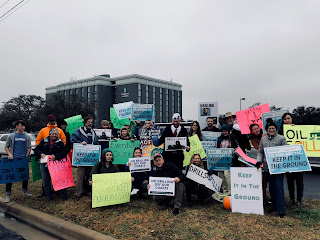 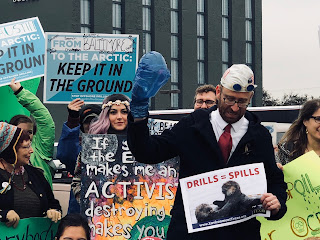 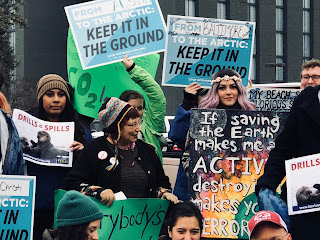 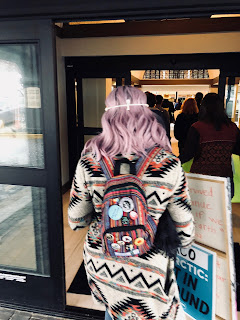 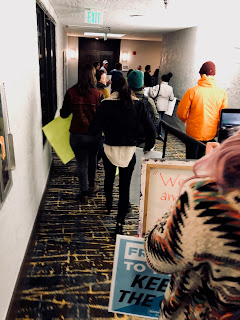 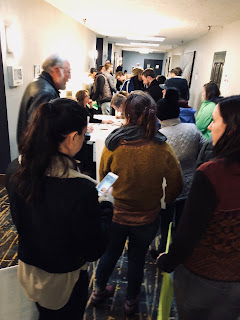 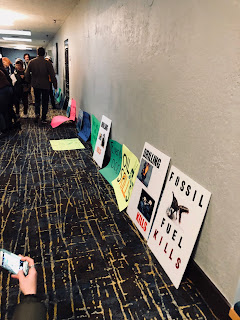 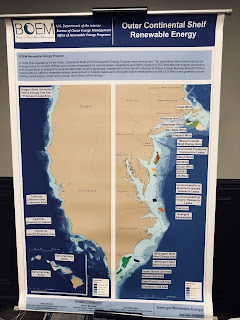 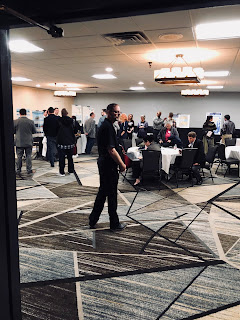 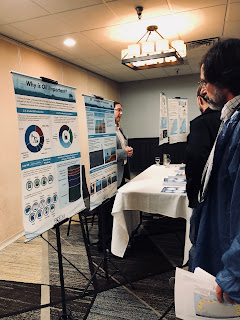 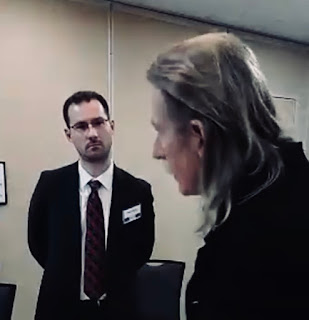