Waco Friends of Peace/Climate was present with a table at the Women’s March Anniversary Rally on Saturday, January 20th.  Alan Northcutt was allotted time for a brief speech, during which he talked about several major events during 2017:  the January 20 anti-inauguration protest, the Earth Day free reusable bag distribution, the September climate change art show, and the Go Renewable Waco campaign. He encouraged the attendees to go by the FOP/C table and obtain free shopping bags and sign the renewable Waco campaign petition.

The response was fantastic – about 160 people signed the petition to the city council, thus reaching and surpassing the goal of 1000 signatures.  About 250 reusable shopping bags were given out.

Thanks go to FOP/C members Serena and Ana, as well as to the CAN organizers, whose planning and hard work made the event possible! 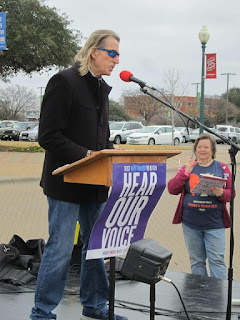 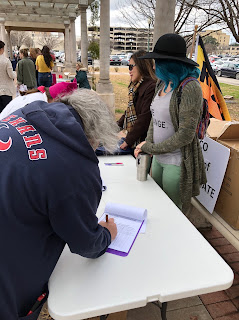 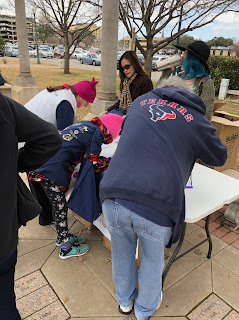 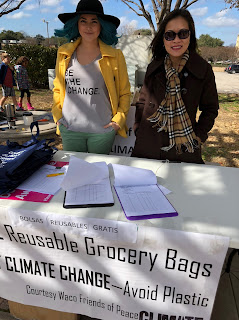 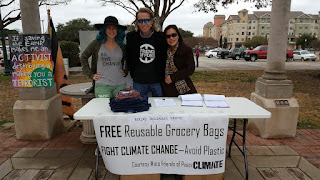 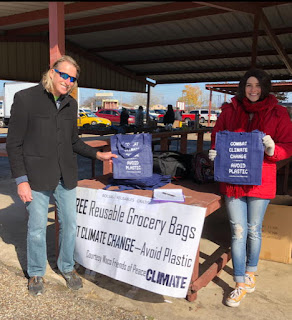 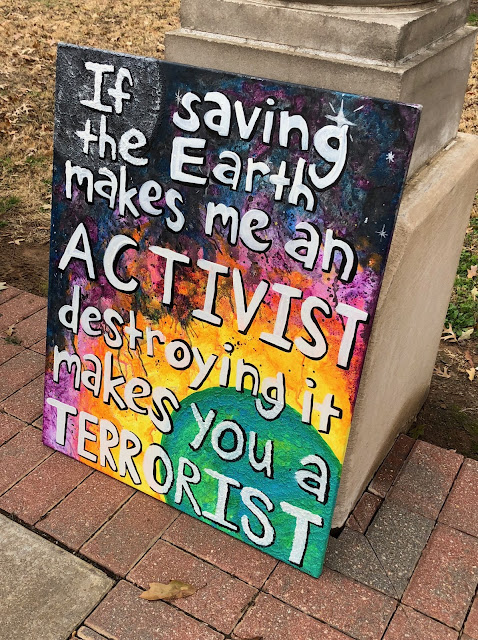