On November 11 Waco Friends of Peace/Climate held a petition drive and & reusable bag distribution at the Waco Downtown Farmers Market.  Eighty-nine signatures were gathered for the petition calling for the Waco City Council to pledge to go 100% renewable by 2050.  Some people asked questions, but most signed without discussion.  The petition now has almost 800 signatures as it approaches the goal of 1000.

So far 42 North American cities and 86 European cities have made the 100% renewables pledge.  165 US mayors have also pledged to support this transition to renewables.

Approximately 110 shopping bags were distributed.  These were good numbers but much lower than on Earth Day, perhaps because of the day’s overcast, chilly conditions.  Overall attendance was lower than usual.

Thanks for helping at the table go to Ana, Serena and Richard.  FOP/C also appreciates the Farmers Market staff. 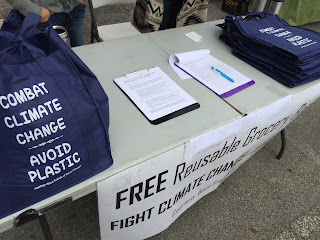 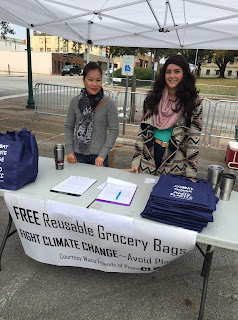 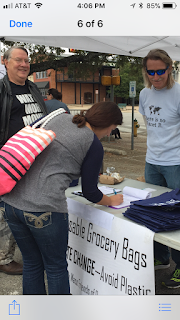 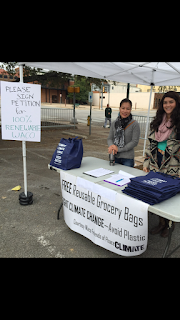