This website can now be reached entering the following URL: www.friendsoftheclimate.org
July 11, 2017


The Antarctica Challenge: A Global Warning 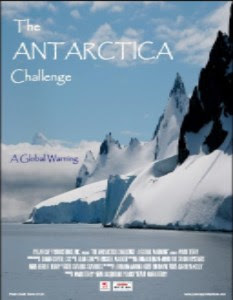 The Antarctica Challenge: A Global Warning is the FOP/C film selection for the month.  This award-winning film reveals many startling new scientific discoveries, such as penguin suicide, new vegetation growing in the world's largest desert, diminishing populations of land animals and marine life, and dangerously increasing melting of Antarctica's land ice.  This was the only film selected for screening at the COP climate meeting.

"Far superior to An Inconvenient Truth" - The Gate Magazine

"One of the most remarkable documentaries of our time." - Mediapeers, Berlin