This website can now be reached entering the following URL: www.friendsoftheclimate.org. Free "climate crisis is here" yard signs may be obtained by emailing anorthc@aol.com. The 6th Annual Climate Crisis Art Exhibit is calling all artists now
May 02, 2017

Three Waco Friends of Peace/Climate members traveled to Washington, D.C., to join 200,000 others at the People’s Climate March on April 29, 2017.  The march began near the Capitol Mall, encircled the White House, and finished with a rally at the Washington Memorial. The temperature was over 90°, one of hottest on record for that day of the year in DC.

Anti-Trump fervor was powerful thru ought the huge crowd.

At the end of the march, all signs were used to create a climate message read from an overhead balloon. 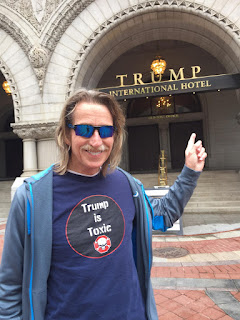 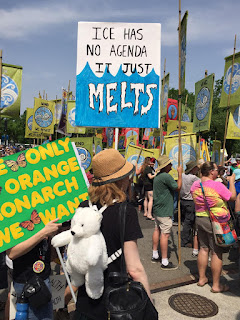 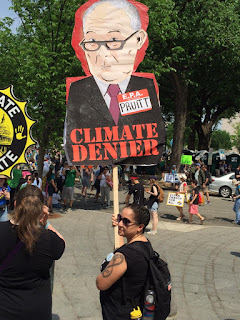 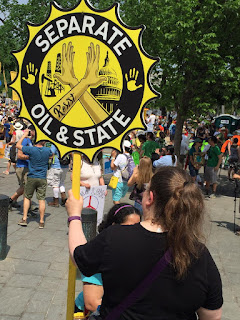 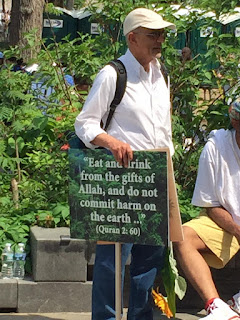 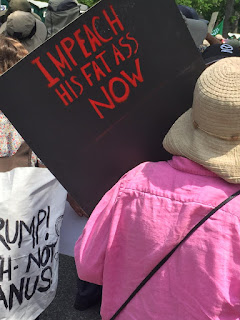 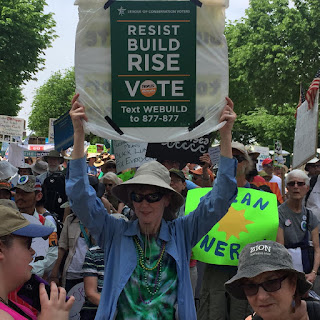 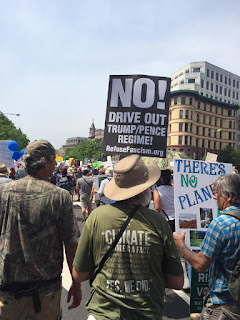 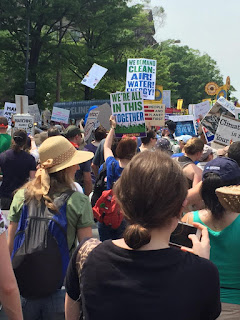 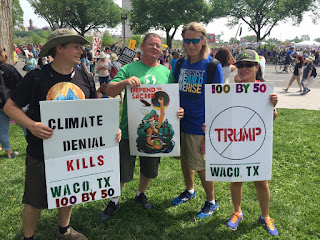 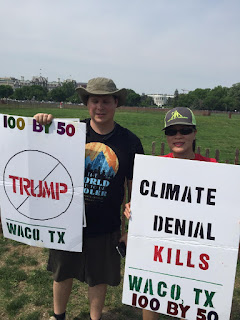 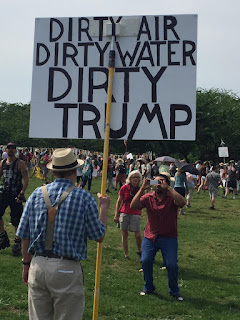 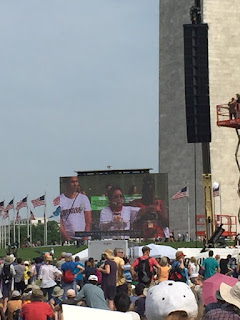 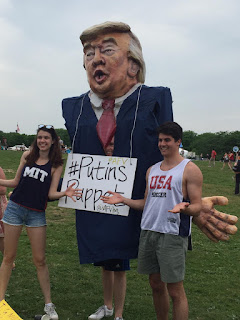 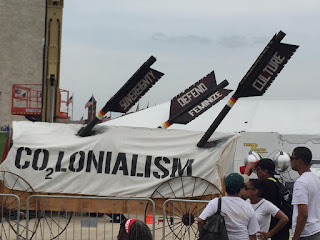 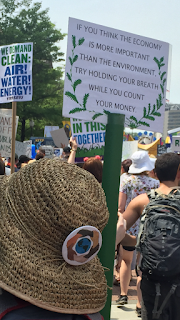 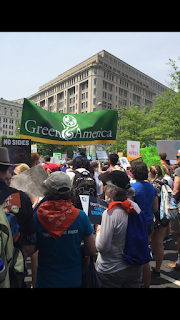 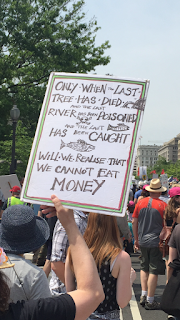