On Wednesday, April 19th, Waco Friends of Peace/Climate hosted a demonstration outside the office of Rep. Bill Flores at 400 Austin Avenue in Waco.  At issue was Rep. Flores’ decision to forego town hall meetings in favor of telephone call-ins featuring screened questions.  The FOP/C demonstration was focused on Rep. Flores’ denying the urgency of immediate action to combat anthropogenic climate change, and his refusal to face his constituents face-to-face in a public forum.

Also present at the protest were Dr. Ellie Caston and several supporters, who were there to protest Rep. Flores’ support for the repeal of the Affordable Care Act.

This was a successful action.  Although there was the usual indifference shown by passing motorists, there was also much positive response and very little overt negativity. 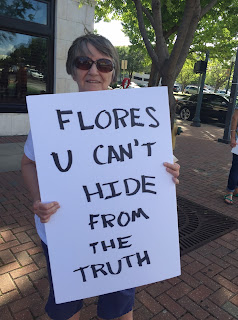 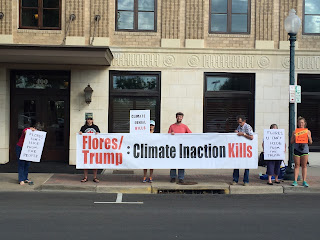 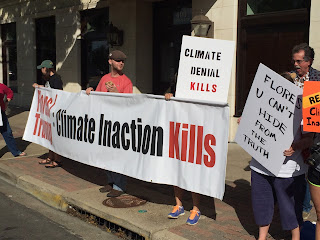 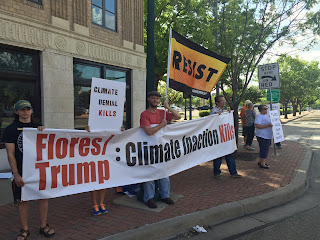 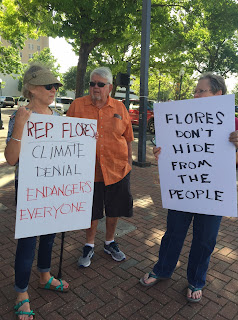 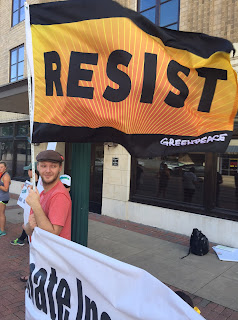 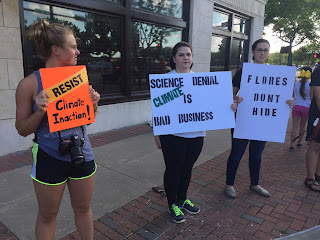 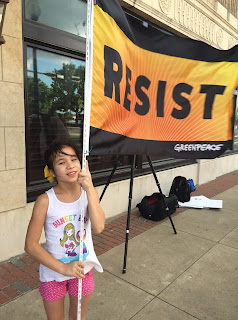