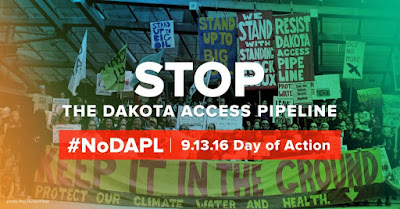 WHY: Waco Friends of Peace/Climate supports the national Day of Action called by 350.org.  We act as allies in solidarity with the indigenous protectors in North Dakota.  The Standing Rock Sioux and other tribes are protecting the water and their sacred sites from destruction by the pipeline company.  Also, we oppose this pipeline and ALL new fossil fuel infrastructure as we must urgently convert our energy system to renewables.  Our voices to President Obama:  Retract the permits and end construction now.

WHERE:  Corner of Valley Mills Drive and Waco Drive, near Pei Wei restaurant.

LOGISTICS: We will provide the megabanner and some small signs. Make your signs also.  Focus on addressing President Obama.  Although the legal process is ongoing, the President has the power to halt the pipeline construction now.  Some suggested messages:  WATER IS LIFE--#NO DAPL.  PEOPLE OVER PIPELINES--#NO DAPL,  PRESIDENT OBAMA:  STOP DAPL NOW.

LEGALITY:  This will be a completely legal protest.  We have used this site many times before.  No civil disobedience is planned.  If you have not attended a protest previously, please join us.  You will feel satisfaction knowing you are doing the right thing:  supporting the indigenous people whose land is being ravaged and speaking up for the health of our biosphere.  Your children and grandchildren will benefit from your efforts.

The action on Tuesday, September 13, took place as planned and was highly successful.  Upwards of twenty people participated, and many people were exposed to the message.  Channel 10 did a segment on the action on the 10 o'clock news that night. 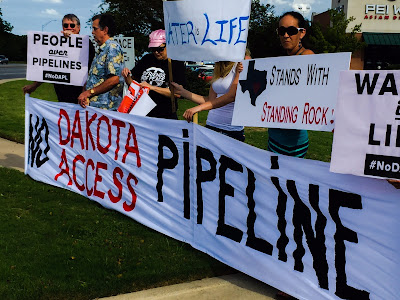 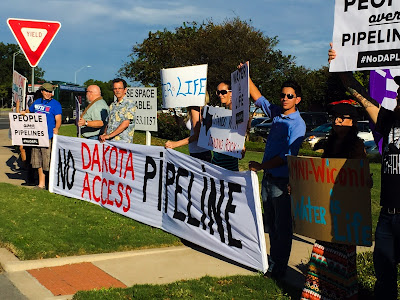 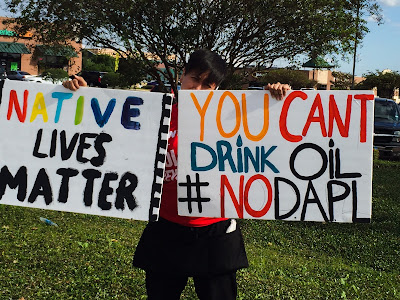 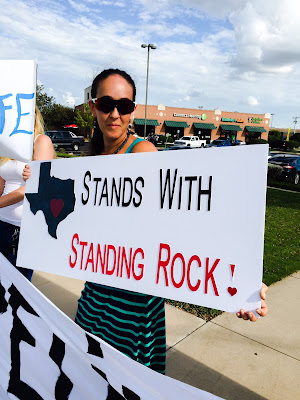 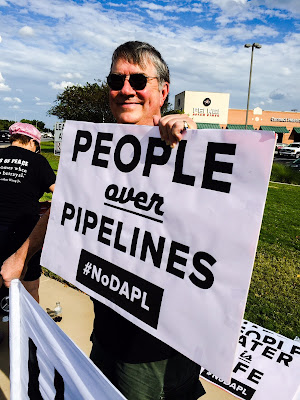 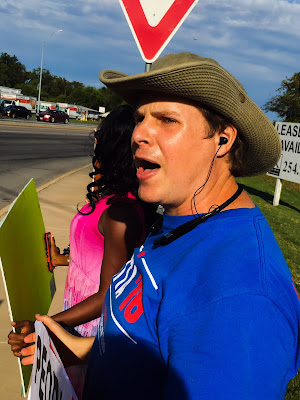 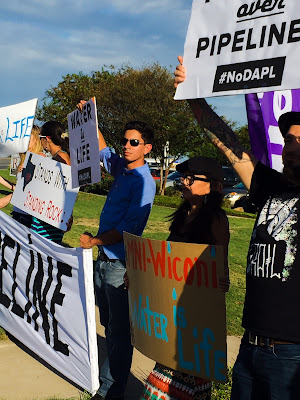