Michael Moore's Where To Invade Next 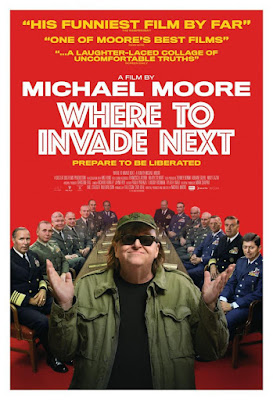 Where to Invade Next is Michael Moore's newest and most powerful film.  Moore produces an expansive, hilarious, and subversive comedy/documentary in which the Academy Award-winning director confronts the most pressing issues facing America today and finds solutions in the most unlikely places.

"One of the most genuinely and valuably patriotic films any American has every made."--Roger Ebert.