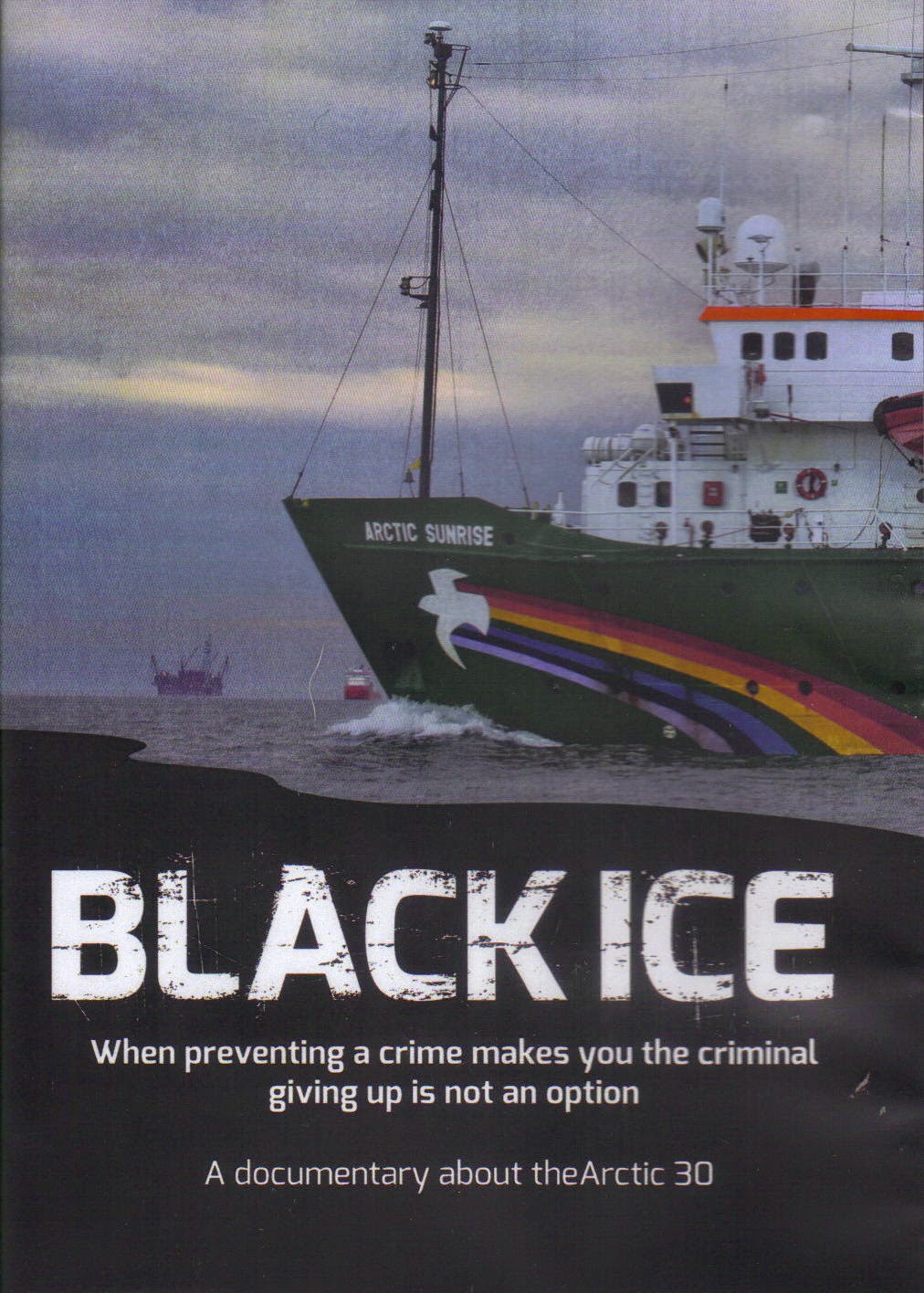 Greenpeace is one of the top environmental organizations, and it does not compromise with the fossil fuel industries as have some of the big greens.  The film tells the story of the Greenpeace ship Arctic Sunrise, which sailed to the Arctic in 2013 to protest Russian oil drilling within the Arctic Ocean.  The entire group of activists and crew of the ship were seized at gunpoint by Russian special forces and held in a Russian jail.  The "Arctic 30" gained international attention as environmental and human rights leaders from around the world called for their release.  BLACK ICE is an intense portrayal of this drama, filmed live during the protest and arrests.