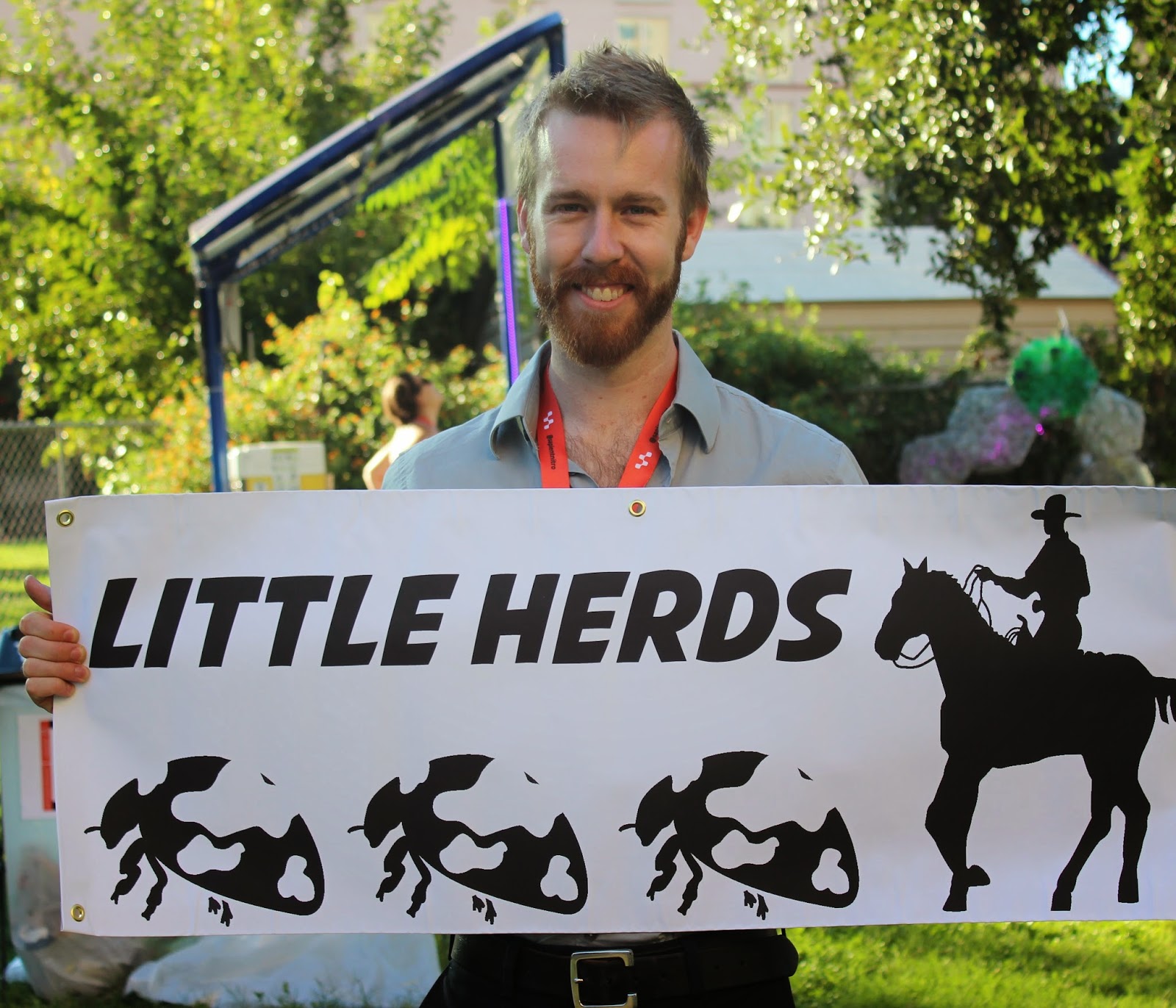 Born and raised in Waco, Texas, Robert Nathan Allen is the founder of Little Herds, North America's ﬁrst non-proﬁt charity dedicated to educating people about eating insects. He never imagined eating insects could be anything beyond a fear-factor stunt, until his mother sent him a video (as a joke) about their nutritional and environmental beneﬁts, stating "you'll never get me to try this." He took it seriously and started researching entomophagy and was amazed to ﬁnd out that people all over the world eat them, and for good reason: they're healthy, sustainable, and tasty! Working with other ento-enthusiasts around the world, and with local supporters who thought the idea was a perfect ﬁt to "Keep Austin Weird," the idea grew into the newly minted charity that is Little Herds. Just two years after video was sent, RNA, as his friends call him, is feeding insects to everybody he can, teaching kids about edible insects, working with locals to try out the bugs, and he's even convinced Mom to try them, and she loves them!


Based in Austin, Texas, Little Herds is sharing this exciting new culinary world with the next generation, working with schools, museums, and family-friendly events, allowing children to learn about edible insects in fun and engaging ways. Little Herds also works with the general public, collaborating with restaurants, farmers markets, and other local partners to provide insects in familiar and approachable ways to encourage people to look past their preconceived notions. With so many edible species available, Little Herds is also encouraging a revolution in the cooking world, introducing intrepid chefs to a whole new array of ﬂavor proﬁles with which to experiment. The long term goal is to change the way Europeans and North Americans view this alternative protein, and to promote healthy sustainable food that is easily accessible by anybody, anywhere in the world. By eating a bug, you're changing the world, one bite at a time.