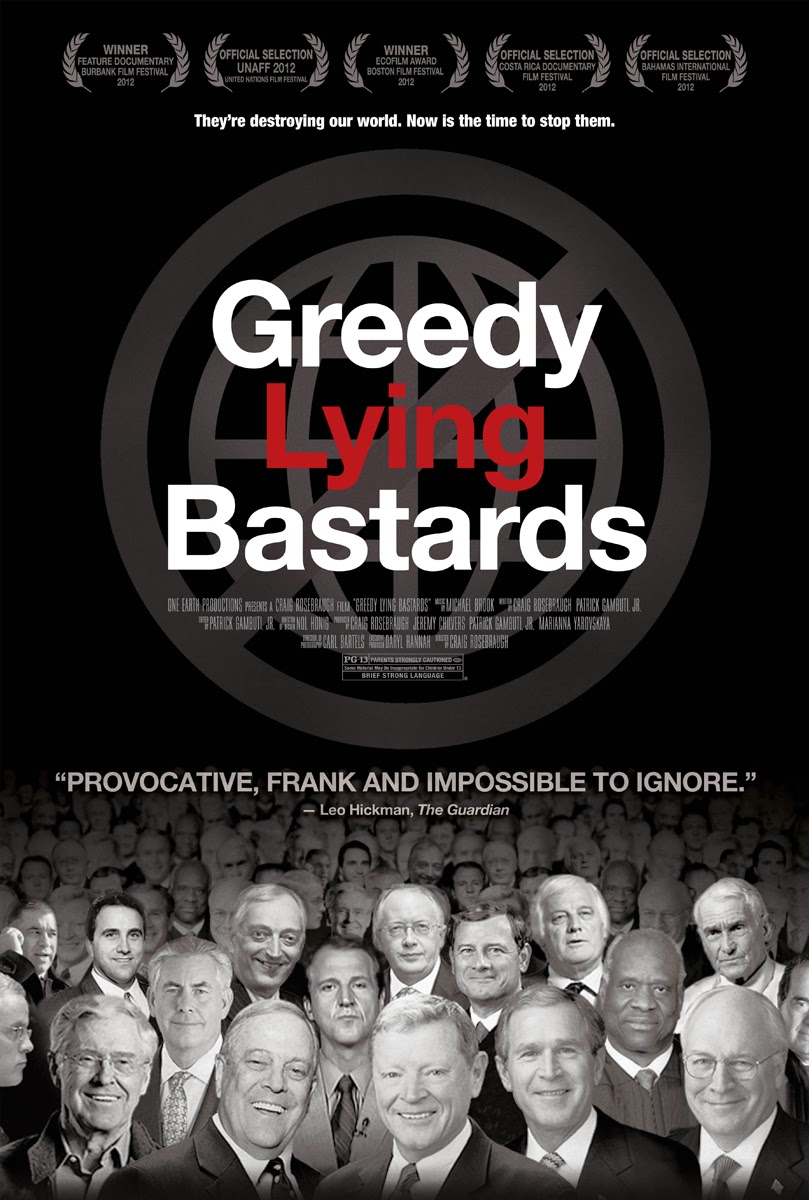 Greedy Lying Bastards investigates the reason behind stalled efforts to tackle climate change despite overwhelming consensus in the scientific community that it is not only a reality, but a growing problem that is placing us on the brink of disaster.  The film details the people and organizations casting doubt on climate science.

No film could be more timely at this moment.  We know that there is NO legitimate debate about the reality of human caused climate change.  Even President Obama proclaimed that the debate is over at his recent SOTU address.  But this film digs deeper and highlights the specific operatives and organizations that are attempting to hide the truth about global warming.  And it details the cash flow from the fossil fuel industry that funds their deception.

"The feel-good documentary of the year."--New York Times.