This website can now be reached entering the following URL: www.friendsoftheclimate.org. Free "climate crisis is here" yard signs may be obtained by emailing anorthc@aol.com. The 6th Annual Climate Crisis Art Exhibit is calling all artists now
May 28, 2013

The End Of The Line:  Where Have All The Fish Gone? 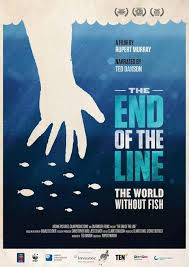 Suitable for all ages

Humans have long regarded the world's oceans as vast and inexhaustible. Now, we have learned otherwise.  The End of The Line charts the devastating ecological impact of overfishing by interweaving both local and global stories of sharply declining fish populations, including  the imminent extinction of the bluefin tuna, and illuminates how our modern fishing capacities far outstrip the survival abilities of any ocean species. Some scientists predict an ocean without fish by 2048 if we do not adjust our fishing and consumption practices.  The film outlines practical steps supermarkets, restaurants and individuals can take to save the oceans.

This informative documentary, directed by Rupert Murray, is beautifully filmed.  We will provide national sustainable seafood guides to FOP attendees to assist in making the best choices when consuming seafood.

Biologist Barbara Butler of the University of Oregon Institute of Marine Biology says this about the film: “The End of the Line is based on Charles Clover’s book by the same name. This award-winning documentary is well-researched, well-edited and nothing short of a call to action. It isn’t enough to know that fish stocks have been depleted. We need to translate scientific knowledge into policies to protect ocean resources. Sadly, our modern industrial fishing fleet has the capacity to completely decimate global fish populations. Murray challenges consumers, politicians and the fishing industry to do the right thing.”