David Cobb’s appearance at the June FOP meeting at Poppa Rollo’s was an educational and inspirational event.  He outlined the history of the corporation, leading up to his main theme of the need for a citizens-led movement to amend the Constitution in order to nullify the recent Citizens United decision by the Supreme Court.  He also said that he believes that we are at the beginning of a major political re-alignment in this country.  David’s presentation was laced with good humor as he interacted with the group, and the night concluded with a lively discussion. 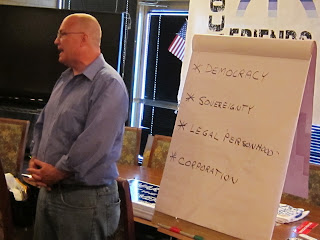 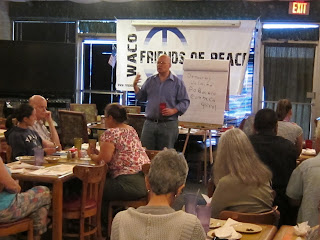