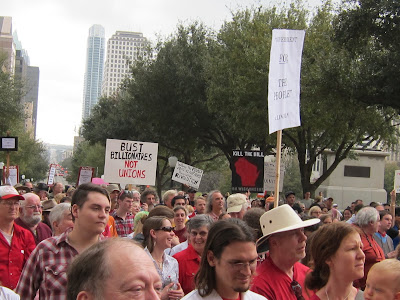 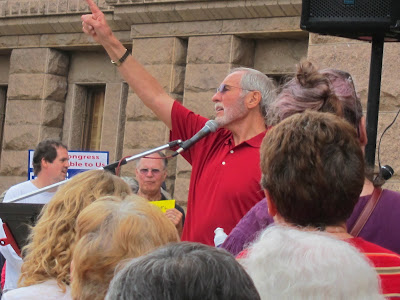 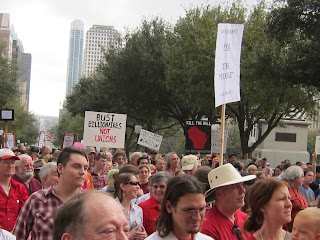 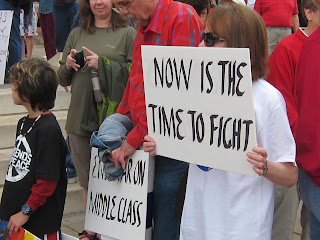 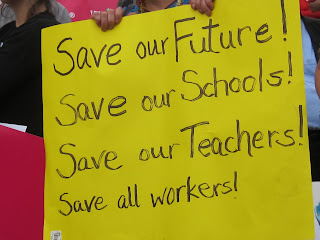 The Waco Friends of Peace Members joined the powerful crowd of at least 1,000 supporting the

Wisconsin Union members in their struggle for

economic justice. The FOP carried messages: "END WAR ON THE MIDDLE CLASS," "MAKE UNIONS not WAR," "KIDS FOR PEACE," and "NOW IS THE TIME TO FIGHT." The crowd supporting the Wisconsin Labor folks was joined by those holding signs opposing the GOP attempt to destroy Planned Parenthood. The weather was beautiful and the crowd was very upbeat. Security was tight inside the capitol, with X-ray machines working and police abundant. Rousing music started the program. Speakers included several actual cheese head union members from Wisconsin and an economist who laid out the ongoing destruction of the middle class. Congressman Lloyd Doggett (orange Longhorn shirt) of Austin gave powerful words and gravitas to the event. And Jim Hightower (blue shirt with cowboy hat) gave a moving and hilarious speech in support of unions and the progressive movement. The musical highlight was band and crowd together with "WE SHALL OVERCOME"--in the image with Richard Bowden on fiddle and Tom Oliver on guitar (orange shirt, glasses).

If you missed this event, you must be present Saturday March 19, 2011, noon at the Capitol,

for the Million Musicians March for Peace on the 8th anniversary of the war on Iraq. You will

add to the thousands of voices opposing endless war, and your spirit will be enriched. SEE YOU THERE. 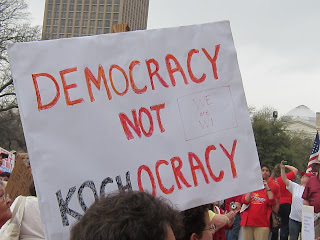 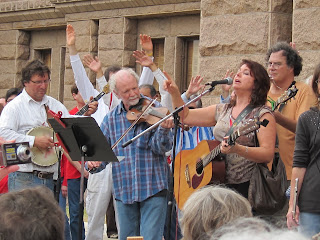 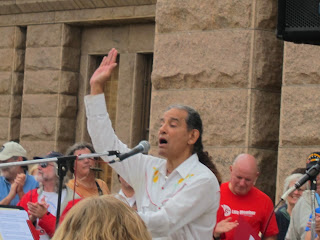 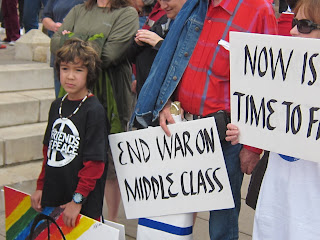 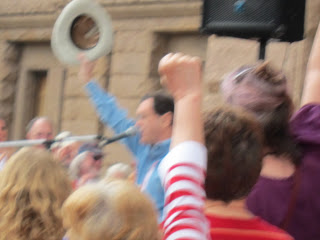 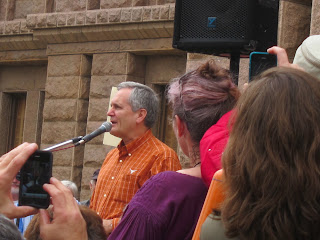 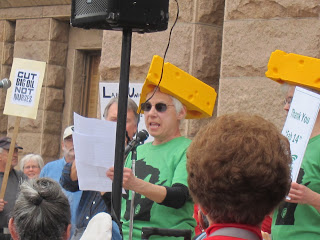 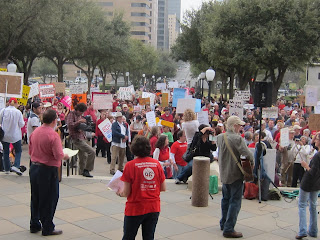