This website can now be reached entering the following URL: www.friendsoftheclimate.org. Free "climate crisis is here" yard signs may be obtained by emailing anorthc@aol.com. The 6th Annual Climate Crisis Art Exhibit is calling all artists now
May 03, 2010 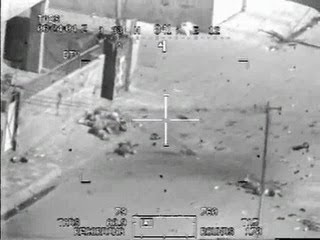 "Collateral Murder" is actual footage from a
military helicopter gunship, showing the killing of 12 unarmed civilians in Baghdad in 2007. The film was obtained by Wikileaks through the Freedom of Information Act, and the military has
confirmed its authenticity. The film also includes a discussion with the co-founder of Wikileaks,
Julian Assange and with constitutional law attorney Glenn Greenwald. The FOP have presented
many outstanding documentaries about the Iraq war, clearly revealing the immoral and tragic
nature of the occupation. But this footage is the most powerful I have seen concerning the war.
The senseless killing of civilians is chilling. And it speaks volumes about the bogus U.S. justifications for the occupation. It highlights the complete lack of concern for the Iraq people.
During the film, 2 people who arrive in a truck to help the injured are gunned down as they
depart their vehicle. Two Reuters cameramen were among those killed, and 2 children were injured.
Please do not miss this presentation. It should help invigorate the peace movement to work
harder to insure the end of the Iraq occupation, and to work for the end of the Afghanistan war.
The short run time will insure plenty of time for discussion.
Your presence will also help support the peace movement in Waco. Your attendance and
comments are invaluable. Thank you.