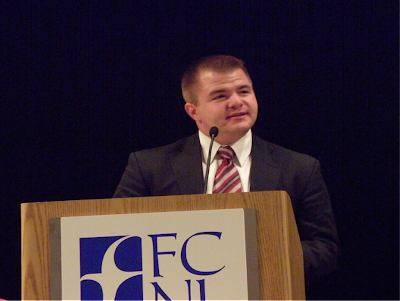 
Matt Southworth was born in in 1984. He lived most of his adolescent life in north central . After graduating from in 2002, Matt joined the U.S. Army. While enlisted, he served a tour of duty in northern in 2004. Matt was honorably discharged from the military in 2004.

Matt now works in the campaigns section for the Friends Committee on National Legislation. Years of activism led Matt to Israel-Palestine twice, the U.S. Mexican boarder, , and a number of other places on his way to FCNL. Currently, Matt manages the “War Is Not the Answer” campaign, works on policy, and organizes around the country.

in Waco. Having experienced war firsthand in Iraq and then become a peace activist with the Quakers,

we are fortunate to hear from someone who deeply understands the futility of war.