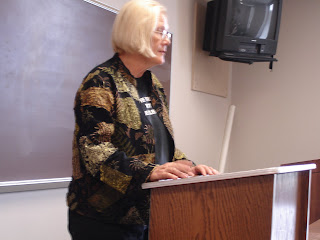 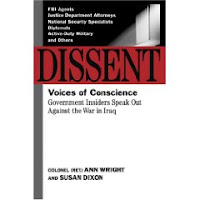 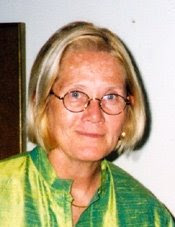 Event: Lecture and Book Signing of DISSENT: VOICES OF CONSCIENCE (2008).

VOTER REGISTRATION WILL BE AVAILABLE!!

During the run-up to war in Iraq, Army Colonel (Ret.) and diplomat Ann Wright resigned her State Department post. She was one among dozens of government insiders and active-duty military personnel who leaked documents, spoke out, resigned, or refused to deploy in protest of government actions they felt were illegal. In Dissent: Voices of Conscience, Ann Wright and Susan Dixon tell the stories of these men and women, who risked careers, reputations, and even freedom out of loyalty to the Constitution and the rule of law.

The Waco Friends of Peace are honored to present this soldier, diplomat, author, peace activist, friend and inspiration to speak in Waco. Your attendance is respectfully requested--your voice of conscience is needed to support this forum in Central Texas.

BIOGRAPHY:
Ann Wright grew up in Bentonville, Arkansas, and attended the University of Arkansas, where she received a master’s and a law degree. She also has a master’s degree in national security affairs from the U.S. Naval War College. After college, she spent thirteen years in the U.S. Army and sixteen additional years in the Army Reserves, retiring as a Colonel. She is airborne-qualified.
In 1987, Col.Wright joined the Foreign Service and served as U.S. Deputy Ambassador in Sierra Leone, Micronesia, Afghanistan, and Mongolia. She received the State Department’s Award for Heroism for her actions during the evacuation of 2,500 people from the civil war in Sierra Leone, the largest evacuation since Saigon. She was on the first State Department team to go to Afghanistan and helped reopen the Embassy there in December 2001. Her other overseas assignments include Somalia, Kyrgyzstan, Grenada, Micronesia, and Nicaragua. On March 19, 2003, the eve of the U.S. invasion of Iraq, Ann Wright cabled a letter of resignation to Secretary of State Colin Powell, stating that without the authorization of the UN Security Council, the invasion and occupation of a Muslim, Arab, oil-rich country would be a disaster. Since then, she has been writing and speaking out for peace. She fasted for a month, picketed at Guantánamo, served as a juror in impeachment hearings, and has been arrested numerous times for peaceful, nonviolent protest of Bush’s policies, particularly the war on Iraq. She lives in Honolulu.

“When the actions of government become dangerous to the security of the nation, it takes a special courage for men and women inside the government to speak out. If we care about keeping democracy alive, we must welcome this book. "—Howard Zinn, author of A People’s History of the U.S.

"Truthout has traveled the country covering the anti-war movement, and wherever we go, Ann Wright is there providing steady leadership. We recently announced that Ann was one of three recipients of our first annual Freedom and Democracy Award. I'm sure I will see her soon. Wherever there is an important event calling for peace, Ann Wright will be there, leading by example."—Scott Galindez, truthout.org
ADDENDUM: The lecture at Poppa Rollo's was a great success, with 50-60 in attendance, a lively discussion, and one gentleman registered to vote. The following day Ann gave a lecture to a political science class at Baylor University and was very well received. An image from that lecture is above. Her T-shirt says it clearly: WE WILL NOT BE SILENT.
The Waco Friends of Peace thank Colonel Wright for sharing her insight and enthusiasm with Waco.