This website can now be reached entering the following URL: www.friendsoftheclimate.org
September 07, 2008 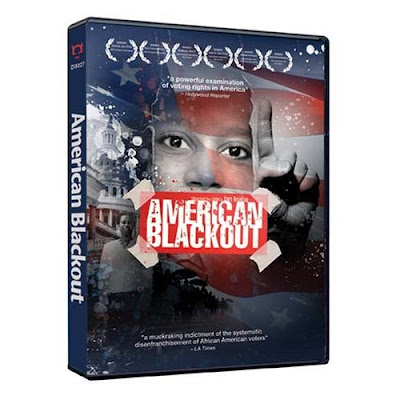 The right to vote represents one of the strongest elements of democracy within the United States. With his documentary American Blackout, Ian Inaba shows that while voting is a right many Americans take for granted, it's something that's still not a given for many of America's citizens. With his thought-provoking film--which won the Special Jury Prize at the 2006 Sundance Film Festival--Inaba shows through interviews, documents, and startling images of African Americans waiting in the rain (only to be falsely told they're too late to vote) how districts are systemically trying to exclude blacks from the voting process. By focusing on controversial congresswoman Cynthia McKinney--who has been a vocal opponent of President George W. Bush and his administration--and a few others, Inaba doesn't lose the viewer with too many subjects. Whether or not your political views align with McKinney's, it's difficult not to question some of her opponents' motives for twisting her words, especially pertaining to 9/11. Though no one will be surprised that this film was shot on a low budget, the lack of bells and whistles doesn't take anything away from the production value, which is compelling in its stark reality.